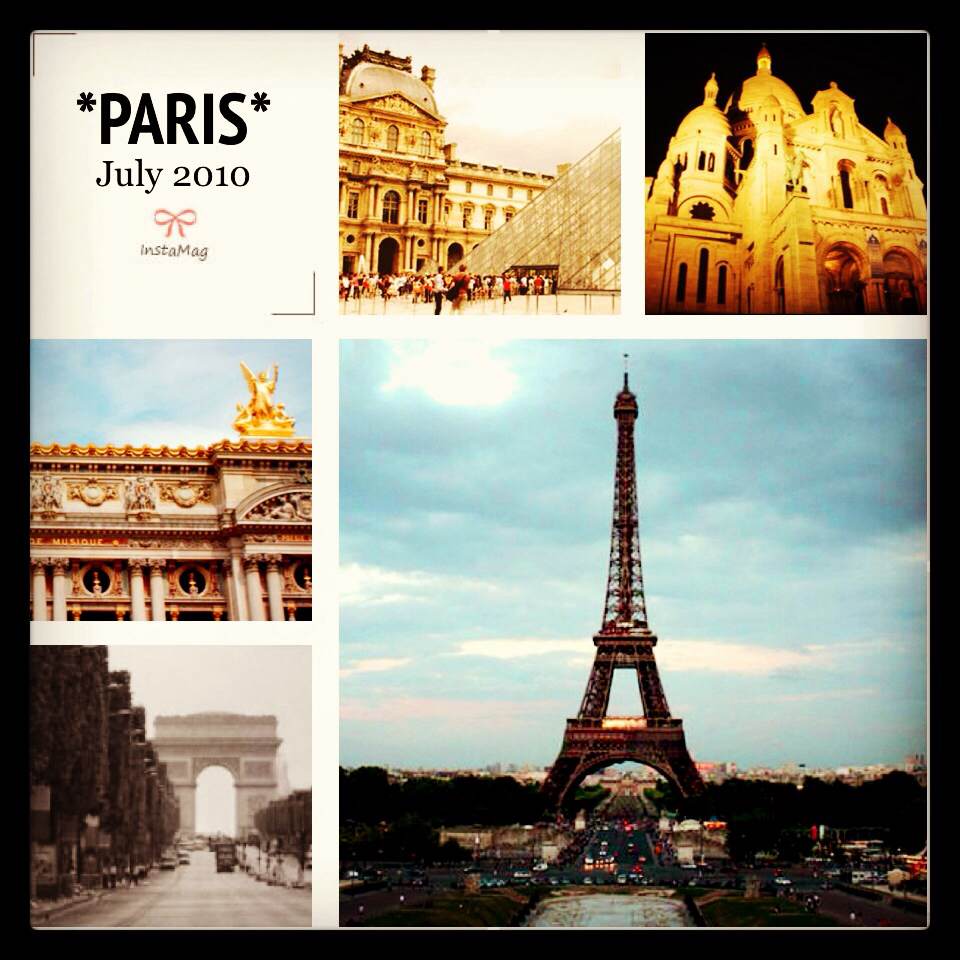 Note: A colleague of mine is traveling to Paris in a couple of weeks, which made me fish out my old Paris booklets and re-open this old published piece. I share it here in case anyone needs tips for getting to know Paris in just 24 short but sweet hours.

I have to admit: it was a rather foolish decision to make Paris only a short pit stop between my trip to Prague, Czech Republic, where I had spent a week on a scholarship program, and the French seaside town of La Rochelle, where I was set to make a long-awaited visit to friends. Divided into 20 arrondisements (administrative districts), Paris is certainly a city that takes days—even weeks—to fully explore and enjoy. Even with enough time and cash on your hands, you will never run out of new experiences to savor in the City of Lights.

Still, my itinerary specified that I had less than a full day to enjoy Paris, so with my (broken) luggage in tow and with my spirit resolute to make the most of my Parisian experience, I set off to explore the city like a soldier on a mission.

The must-sees: The Eiffel Tower, Champs Elysées and the Arc de Triomphe, the Basilique du Sacré-Coeur, the Paris Opera House, and the Musée Louvre

I planned my trip around courtesy calls to the royalty of Parisian monuments. From my hotel in rue Cambronne (on the light-green Nation-Charles de Gaulle Étoile metro line) I took a long, leisurely walk to the École Militaire, the military school whose walls still bear deep, visible scars from the Second World War. The école sits right across Champ de Mars, a large, expansive park from where you can get an unobstructed view of the Eiffel Tower. Although named after the Roman god of war, the park is tourist- and family- friendly and also boasts a large Wall of Peace.

After ogling at the Eiffel Tower and snapping away with my camera for about an hour or so, I found my way to the Invalides metro station to take the train to Avenue des Champs-Élysées (where I was lucky enough to catch the tail- end of the Tour de France). The strip is also the city’s shopping district, home to many of the world’s most famous brands such as Louis Vuitton, Maison Guerlain, Zara, Adidas, Benetton, Sephora, and even the Disney Store, among many others. during the summer months, almost all on sale-up to 70% off, during the summer months. Right at its end sits the tall and proud Arc de Triomphe, which Napoleon had commissioned in 1806 to celebrate the victories of his army. Completed in 1836, it had once been called by the French literary great Victor Hugo as “a heap of glory.”

Another must-see in Paris is the Basilique du Sacré-Coeur (Basilica of the Sacred Heart), commissioned by the National Assembly in 1873, supposedly in commemoration of the 58,000 lives that were lost during the uprising of the Paris Commune from 1870 to 1871. Sitting grandly at the top of the butte (hill) of Montmartre, the highest point in Paris, the Sacré-Coeur is a majestic testament to the beauty of Romano- Byzantine architecture and looks even more stunning and awe-inspiring at night. From the top of the hill, and aided by the light of the full moon, we also saw a beautiful view of the lit-up Eiffel Tower, which sparkles every hour at night until 2AM in the summer (1PM in the winter).

Getting to Montmartre usually involves taking the metro all the way to the Abbesses (green line) or the Anvers (blue line) metro station, by the northernmost part of the city, and then taking the funiculaire (an uphill tram) or walking up Montmartre’s famed steps. I was lucky enough, to have some friends fetch me from Champs-Élysées and drive me up the hill, saving me a lot of time and foot stress.

It was already on the next day when I had the opportunity to walk around by myself and take a look at the Paris Opera House and the Louvre. The Opera House (which is a main stop of the Roissybus from Paris-Charles de Gaulle Airport and can also be reached via the Opera stop on the pink or lavender metro lines) was inaugurated under France’s Third Republic. Its main auditorium features a ceiling painted by Chagall, and its deep underground lake, discovered much to the chagrin of its architect, Charles Garnier, was one of the inspirations for Gaston Leroux’s immortal masterpiece, Phantom of the Opera.

From there, I took the pink metro line to meet the jewel of my Parisian trip, the Musée Louvre. Although friends had warned me about how you can lose yourself in there for days (and still not finish viewing all of its exhibitions!) and I had only a few hours left before my trip to La Rochelle, I could not resist at least taking a sneak peak. The Louvre was built as a fortress in the late 12th century, converted into a museum in 1793, and is home to Leonardo da Vinci’s Mona Lisa and the ancient Greek sculpture Venus de Milo, among countless other masterpieces. It also houses collections of Western art from the Middle Ages to 1848, as well as collections of ancient Oriental, Egyptian, Greek, Etruscan, Roman, and Islamic art pieces.

A tip from the locals: to fully enjoy the Louvre, you must have enough time on your hands to spend an entire day there, maybe even two or three. The Museum offers free entrance every first Sunday of the month. Just be ready to spend hours just falling in line at the entrance!

What to eat and buy on a budget: art prints and chocolates, breads and cheese

Since I was in Paris on a student’s budget, my only real shopping agenda was to buy enough art prints for my modest art collection and enough souvenirs and chocolates to keep the folks at home happy. The night market at Montmartre revealed lots of great finds, with art and souvenir shops lined up side by side. Prints of masterpieces by Monet, Degas, Klimt, Van Gogh, and other great artists can be bought for as little as €3 each; replicas of the Eiffel Tower can be bought for as little as €1. You can also have your portrait done in just 20 minutes by the street artists that line the square.

Ironically, it was while at the Avenue de L’Opera, one of the most expensive strips in the city, where I was able to buy my prize catches of the trip. Within the Opera metro station, somewhere between the ticket offices and the magazine stands, stands a small shop that sells beautiful bags and other genuine leather goods for the fraction of the price at the branded boutiques. There I bought a large, 20-kilo piece of luggage (to replace my broken luggage with) and a beautiful leather bag for well under €100. I also stumbled upon La Cure Gourmand, a specialty candy and chocolate shop that won the Grand Prix Salon International Paris in 1997. (Want a sweet surprise? Try their “chocolate-flavored olives”!) Another great shop was Bretano’s, home of more art prints and specialty paper products, where I found a beautiful replica of Gustav Klimt’s The Kiss for only €99. (Sadly, I had to forego the purchase because of my already- overloaded suitcase.)

One other thing I love about Paris is the fact that you can find a chocolaterie, boulangerie, or patisserie practically at every street corner and, sometimes, just within striking distance of each other. My favorite European boulangerie, Paul, is found throughout the city and offers a wide variety of savory and sweet breads to satisfy any palate. (A must-try: the sesame baguette with camembert!) The breads are also filling enough to satisfy hungry tourists on a tight budget.

Even with limited time and budget, I made the most of my day in Paris by soaking up the sights and taking with me as much as my senses (and my wallet!) could allow. That experience proved that anything is possible in just 24 hours–if you open yourself up and allow the world to come in.