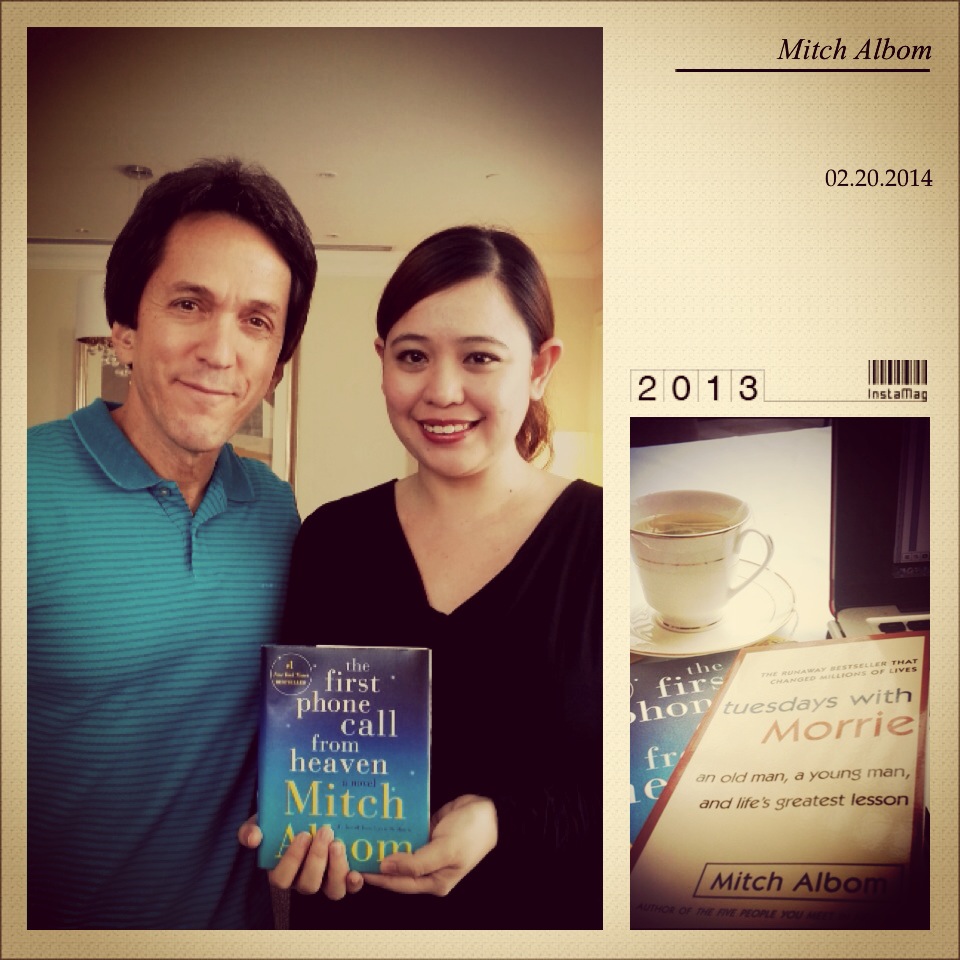 I was such a huge fan of Tuesdays with Morrie, the New York Times bestseller about professor Morrie Schwartz’s lessons on dying and death, as experienced and written by his student, Mitch Albom. Like many of Albom’s readers, I had always regarded him as an inspirational writer whose works are “must-reads” and “must-shares.” So imagine my surprise (and elation!) when I got a call from my Rappler editor, asking if I would take on an assignment interviewing Albom during his trip to the Philippines. My answer was inelegant,… END_OF_DOCUMENT_TOKEN_TO_BE_REPLACED 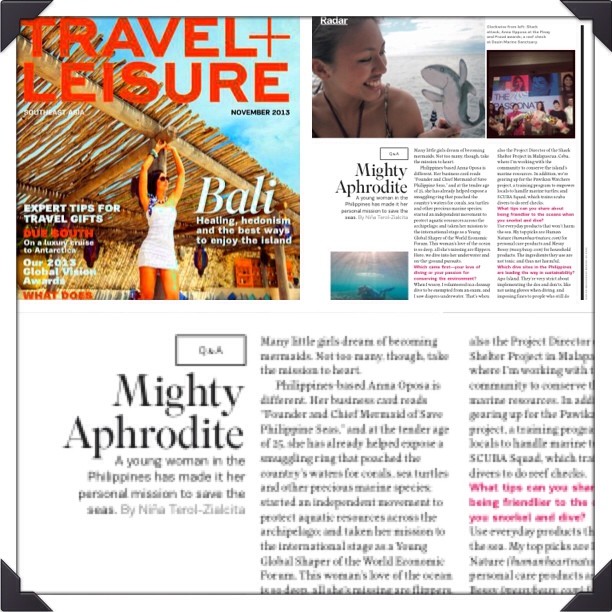 NOTE: This is a late post, and I apologize to my editors for not promoting the November 2013 issue of T+L Southeast Asia early enough. But between dealing with the aftermath of supertyphoon Yolanda (international name: Haiyan) plus all the traveling we did in November, there hasn’t been much time to catch our breath! Mighty Aphrodite A young woman in the Philippines has made it her personal mission to save the seas. By Niña Terol-Zialcita (Published in the November 2013 issue of Travel + Leisure Southeast Asia) Many little… END_OF_DOCUMENT_TOKEN_TO_BE_REPLACED

(Published in Rappler on September 17, 2012) MANILA, Philippines – Two Filipinos were among those named as Ten Outstanding Young Persons of the World (TOYP), an annual search by the Junior Chamber International (JCI), otherwise known as the Jaycees. They are Paolo Benigno “Bam” Aquino IV, president of MicroVentures, a social enterprise known for the multi-award-winning program Hapinoy; and Dr. Edsel Maurice Salvaña, Assistant Director of the Institute of Molecular Biology and Biotechnology at the National Institutes of Health, University of the Philippines Manila, also… END_OF_DOCUMENT_TOKEN_TO_BE_REPLACED

Published in Rappler.com (August 14, 2012) MANILA, Philippines – Watching Jim Libiran’s movies and listening to him talk with passion about the impact he hopes his work will bring to marginalized communities, you begin to wonder if “filmmaker” is an apt word for the man in front of you, considering his past lives as activist, award-winning writer and Xerex Xaviera alter-ego. Perhaps “social auteur” would be a better term. Libiran, whose feature films Tribu (2007) and Happyland (2011) have revealed unique angles about urban poor communities in his beloved… END_OF_DOCUMENT_TOKEN_TO_BE_REPLACED

Published in Rappler.com (August 13, 2012) MANILA, Philippines – If you’ve seen or heard of the indie film Ang Babae sa Septic Tank (The Woman in the Septic Tank, 2011), Philippine cinema’s highest-grossing independent film to date, then you will have an idea of the kind of sensibility that it takes to capture a subject so irreverently yet so truthfully. In the film, 3 film school graduates take on the lofty dream of producing an Oscar-worthy independent film about — what else? — poverty and prostitution in the Philippine… END_OF_DOCUMENT_TOKEN_TO_BE_REPLACED

Published in Rappler.com (August 6, 2012) MANILA, Philippines – Everyone goes through periods of loneliness. It is a universal feeling — one that does not require a common language or culture to be understood. In the case of Adolfo Alix, Jr., loneliness has become a subject of exploration and discovery, a theme that has allowed him to stretch the boundaries of filmmaking to see just how much he (and his audience) can discover. “I read somewhere that one (feeling) that lingers the most is loneliness… END_OF_DOCUMENT_TOKEN_TO_BE_REPLACED

Published in Rappler.com (August 1, 2012)   MANILA, Philippines – Twenty-eight-year-old filmmaker Raya Martin sure seems to love defying expectations. His debut into the Philippine filmmaking scene took industry insiders by surprise, as the then-fresh graduate of the University of the Philippines Film Institute was unsuccessful at early attempts to get a job in Manila. What he got, instead, was a filmmaking residency at the prestigious Cinéfondation Residence du Festival de Cannes in Paris, France — becoming the first Filipino filmmaker to be selected for… END_OF_DOCUMENT_TOKEN_TO_BE_REPLACED

(Originally posted in the blog, Out of the Universe) I consider myself fortunate to be one of the radio anchors of Lider Totoo, the Saturday-morning program on Radyo Veritas that tackles servant leadership through the experience of real leaders working in different fields and different parts of the country. There are few things I enjoy better than listening to great minds sharing their experiences, challenges, and aspirations, and working on this program makes it worthwhile for me to wake up early on a Saturday morning and trek all… END_OF_DOCUMENT_TOKEN_TO_BE_REPLACED